Check out what inspired Shekhar Kapur to direct “Elizabeth“. Its again one of my favourite films “Trainspotting“. 🙂

Poster of one of my favourite films “Trainspotting“.

Here is a true winner people… Slumdog Millionaire, a small film made at a production budget of 15 million dollars has grossed around 300 million dollars worldwide and has also bagged all the prestigious awards. However, Slumdog didn’t do well in India because I think the Indian audience’s taste is different and according to me most of the Indian audience felt bad because outsiders came and showed the real picture of Mumbai. I have been living in Mumbai for last one year and for me Slumdog Millionaire is a most authentic depiction of contemporary Mumbai.
END_OF_DOCUMENT_TOKEN_TO_BE_REPLACED
The trailer of visionary director Quentin Tarantino’s next film “Inglourious Basterds” is out. The trailer is looking extremely promising. Quentin Tarantino surely pushes the envelope further with each of his films. May it be his debut film Reservoir Dogs or Pulp Fiction or Jackie Brown or Kill Bill Vol. 1 and 2. Check out the trailer. 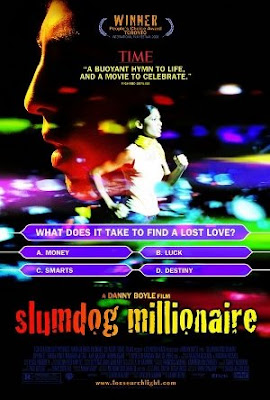 The Slumdog Millionaire is a finest film made in recent times. Whatever accolades and nominations it is receiving are absolutely worth it. Danny Boyle portrays the tale of love, hope with a backdrop of slums from Maximum City “Mumbai” beautifully. In simple words this is a tale about love and hope. A. R. Rahman’s original musical score is pulsating for which, he has received 3 OSCAR nominations. He is truly a genius when it comes to blending indian and western classical and composing brilliant musical scores. (check out my old post on ARR) Screenplay by Simon Beaufoy is amazing. The way Simon Beaufoy has constructed the story is truly a master’s work.
END_OF_DOCUMENT_TOKEN_TO_BE_REPLACED
This year couple of films like Aaamir, Mumbai Meri Jaan have been released based on terrorism, effects of a terrorist activity on a common man’s life and “a Wednesday” is one of them. As I am writing after couple of weeks “a Wednesday” released, I am not going to delve much into its execution, performances etc. Still considering “a Wednesday” has been directed by a first timer, its a polished product when it comes to execution, technical finesse. Apart from this what to say about performances. Naseeruddin Shah again shows that he is the only one when it comes being a character himself and audience feel like he is not acting at all.
END_OF_DOCUMENT_TOKEN_TO_BE_REPLACED 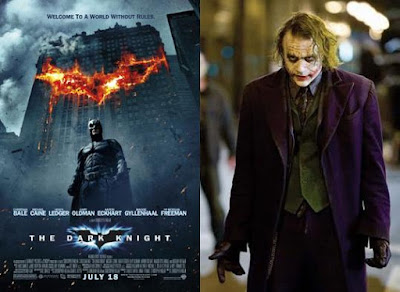 A lot has been said and written about latest blockbuster “The Dark Knight“, since its release. Hence, I am not going to write a review of the film here but I must say that “This is a film of the year”.
END_OF_DOCUMENT_TOKEN_TO_BE_REPLACED

Today, I was discussing “why does one marry” with one of my close friends. This discussion also reminded me of Nagesh Kukunoor’s film “Hyderabad Blues”. In the film, he plays a character called Varun. Varun o has returned from US and is puzzled by the lifestyle of people in India in contrast with his lifestyle in America. As Varun is ‘foreign returned’ and in accordance with our traditions, his parents are in a hurry to get Varun married.

END_OF_DOCUMENT_TOKEN_TO_BE_REPLACED

In last couple of years a new phase in Indian cinema has started and i.e. “Remaking” some yesteryear film. Concept of remaking a film is not new in west. Many superhit/cult classic films have been remade in recent times. However, few gutsy film-makers from India decided and have started remaking old “Classic” films. Here I have mentioned word “classic” in particular because if we observe in India anything which is more than 20-30 years old becomes classic. As I am talking about films, if some film was made 30 years ago then it is not called as hit or flop but it is called as “Classic”.

END_OF_DOCUMENT_TOKEN_TO_BE_REPLACED 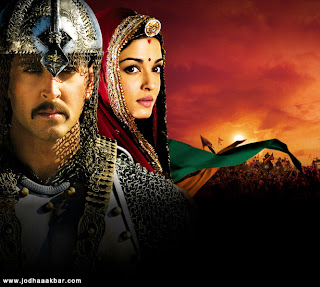 A lot has been said and heard about Jodhaa Akbar before its release. Historicals don’t work at box office. Making a historical is not everyone’s cup of tea. But master director Ashutosh Gowariker shows that if one is having conviction, vision and guts to make a particular film then it can be made. Jodhaa Akbar is such one film and one can see efforts put in by entire cast & crew. Finally, Jodhaa Akbar emerges as a brilliant, amazing film in true sense. When watching Jodhaa Akbar, don’t look out for facts and history.
END_OF_DOCUMENT_TOKEN_TO_BE_REPLACED